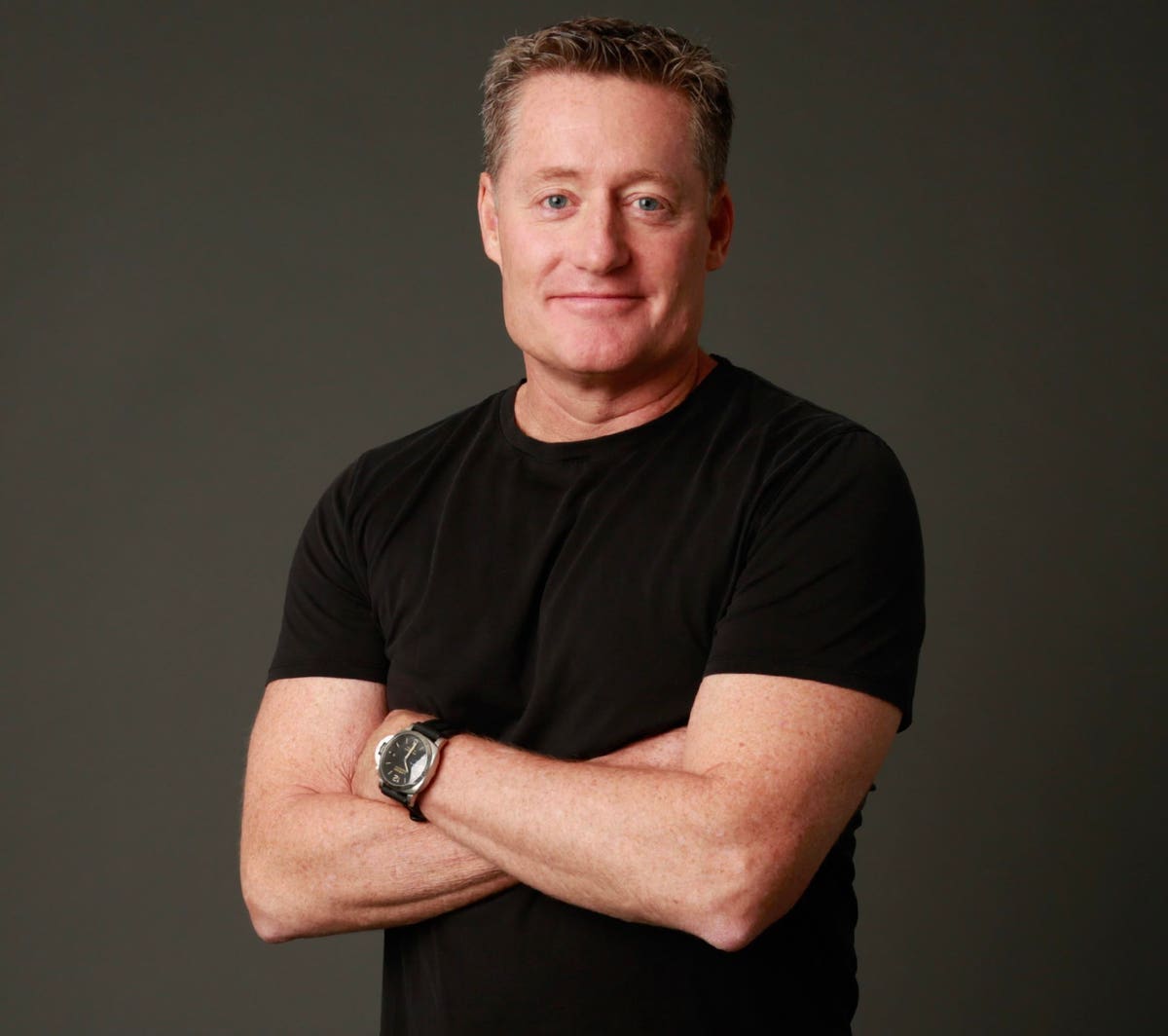 Steve Mullaney, CEO of Aviatrix Inc., doesn’t breed shyness or lack of confidence. Speaking forcefully with a smile on his face and with the Prudential Tower looming behind him in his Boston office (on Zoom, of course), he barked optimistically about the upcoming explosion in the networking market. cloud (Mullaney, a native of Boston, divides his time between the East Coast and Silicon Valley offices).

“We won,” Mullaney said in a recent interview. “It’s over. We’re raising $ 200 million! I’m booming. The market opportunity is huge!

Yes, Mullaney and Aviatrix will grow up. Aviatrix, based in Santa, Clara, Calif., Today announced that it has raised an additional $ 200 million for a whopping $ 2 billion valuation in a round led by TCV. Mullaney points out that his company’s recent funding shows his investors have confidence in the size of the multi-cloud networking market.

It makes sense. As Mullaney points out, fundamental cloud technology platforms – supporting databases, artificial intelligence and cybersecurity – have generated huge investments and valuations of tens of billions of dollars for public companies recently. created such as Snowflake, Palantir and Cloudflare. As I pointed out, many of these companies are profiting from the explosive growth in recurring revenue streams as large organizations increasingly outsource their data and information technology (IT) to the cloud.

Mullaney says now is the time for networking, the foundational but often-forgotten technology, to take over in the cloud.

“You have to be dominant in a layer of the [cloud] stack. Networking is the last thing people think of, but it’s the most important.

When Mullaney took over as CEO of Aviatrix in 2018, he focused on building a multi-faceted network platform targeting cloud infrastructure, sold as a service in the cloud. It was simple, but in truth not many people did it. Network market leader Cisco Systems has shifted more of its revenue to software, but it is still viewed as a hardware vendor. Many network companies from the first wave of software-defined networks (SDNs) had been taken over by traditional network companies and relegated to the role of functionality in their operating systems. No one had yet built a complete cloud-based network system.

Bringing networks into the clouds

When I first met Mullaney at Palo Alto in 2019, his vision was that networking was about to undergo a massive transformation, rather than a more minor technological transition, from a box model and from operating system to cloud software model. Aviatrix turned to the opportunity to provide Fortune 500 and other companies with a single platform to connect a large number of networks, whether they are on-premises networks built with Ethernet routers and switches. legacy, or virtualized networks connecting their applications and infrastructure in the cloud.

FuturiomSteve Mullaney back in the fray: Futuriom Q&A

Nothing has changed, says Mullaney. On the contrary, the trend has accelerated. “I haven’t changed my story. I was right.”

The opportunity is indeed great, surely in the tens of billions of dollars. Research firm IDC recently reported that spending on dedicated cloud infrastructure grew 14.7% year-over-year in 1Q21 to $ 4.8 billion, of which 45.5% went been deployed at customer premises. IDC expects cloud environments will continue to outperform non-cloud throughout its forecast.

The central premise that networking will catch up with the cloud has been identified by Futuriom’s end-user research. A survey conducted at the end of last year (2020) showed that the major multi-cloud network (MCN) engines offer more options for multi-cloud and hybrid cloud (according to 69% of respondents) ; data center consolidation with public cloud infrastructure (69%); improving the performance of distributed applications (65%); and the management of the security and visibility policy (61%). We are currently preparing another survey, the results of which will be available next month.

The bet on MCN is that networks will have to follow the cloud. Cloud leaders like Amazon, Google, and Microsoft all have their own proprietary networks that run on different systems and are difficult to connect to each other.

This fits with Aviatrix’s plan to become a full-fledged multi-cloud networking platform for multiple clouds, ensuring the security and monitoring of all connections, regardless of which cloud they are in, the everything with software and without box. Mullaney sees Aviatrix eventually usurping the dominance of current corporate networking players like Cisco, Juniper, and VMware, as these companies focus on on-premises networks and private data centers, not public cloud networks.

Who gets the cloud?

Aviatrix has grown up. Fast. With around 300 employees and 550 paying customers, Mullaney expects the sales force to grow to over 60 soon. Customers include big names like Raytheon, Teradata, Avis Budget Group and SoFi. It is estimated that Aviatrix has revenues in the tens of millions of dollars and will likely reach $ 100 million in annual revenues soon with this next round. True to Mullaney’s vision, Aviatrix may soon be the largest cloud-based networking company in existence entirely “cloud native” – providing and selling its software to customers from the cloud, on a measured usage basis.

“They don’t understand the cloud,” says Mullaney, of historical competitors Cisco and VMware. “Their architectures only support one cloud. Businesses manage their infrastructure across multiple clouds. The company is the engine.

Mullaney backs this up from data he says was provided by his investors (he says the data is private) which shows 84% ​​of companies use a hybrid cloud and 80% use at least two clouds per day.

“People want a single architecture,” he says, “when they go to these branch offices and data centers as an extension of the cloud. “

How big is this market? As stated before, it’s at least in the tens of billions of dollars, at a minimum. Futuriom’s own work shows that one area of ​​virtualized networks, the software-defined wide area networks (SD-WAN) market, has grown quite rapidly and now accounts for over $ 2 billion per year in new software services and hardware designed to guide, secure and optimize Internet and cloud connectivity for corporate branches. But SD-WAN is arguably a niche market, targeting the networking of corporate branch offices but not connectivity within public cloud operations. Additional features such as multi-cloud connectivity, cloud firewall management, and public cloud network visibility are additional use cases targeted by Aviatrix, but not by current SD-WAN providers.

Part of the cloud networking market will replace traditional corporate “boxes” – routers and switches – which will no longer be needed as many corporate networks move to cloud networks, taking advantage of the massive infrastructure built by the network. ‘infrastructure as service providers (IaaS) such as Amazon Web Services (AWS), Microsoft, Google and Oracle. But just as the cloud has created entirely new use cases, cloud networking will simplify business networking by allowing organizations to tie together network resources in all clouds. Aviatrix provides numerous software tools that help managers connect, secure, and monitor the large networks they connect to inside cloud IaaS platforms.

Aviatrix’s biggest competitor may not be Cisco or VMware at all, but the cloud providers themselves. AWS and Azure quickly extended the functionality of their networks, providing secure VPNs and WAN connectivity across the world, where customers can connect to their networks in regional points of presence (PoP). But IaaS cloud providers hate to allow connectivity between themselves because at the end of the day, they want customers to stay in their clouds.

The reality of the market is that customers are going to need solutions that bridge networks between human cloud services. As Mullaney points out, the market is moving towards hybrid and multi-cloud connectivity. He now has the investors and the valuation to back that up.