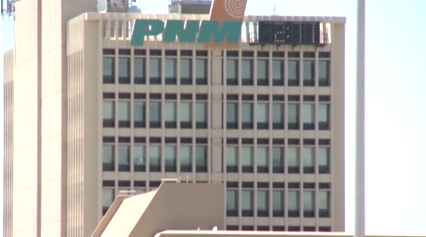 SANTA FE, NM (AP) – Regulators in New Mexico have rejected a request by the state’s largest electricity supplier to divest itself of one of the Southwest’s last remaining coal-fired power plants by transferring its shares to a Navajo energy company.

Commissioners were also concerned about the investments that the utility known as PNM sought to recoup through bonds that would be repaid by customers over a 25-year period.

The utility could appeal the decision or it could come back to the commission with more information.

The move marked the commission’s second major rejection of the PNM in recent weeks. Regulators have also rejected a proposed multibillion-dollar acquisition of PNM by global energy giant Iberdrola and its U.S. subsidiary, Connecticut-based Avangrid.

Supporters of PNM’s exit from the coal-fired Four Corners Power Plant had argued that the move would result in savings for customers, reduce emissions from the power company’s portfolio and strengthen the nation’s position. Navajo when it comes to determining the future of the plant.

Environmentalists had criticized the proposed transfer, suggesting it would prevent an early shutdown. However, the majority owner of the plant – Arizona Public Service Co. – has shown no willingness to end its operations before 2031, as this could affect the reliability of the network of this public service.

The commission deliberated on the power plant issue behind closed doors for hours. Chairman Stephen Fischmann said after Wednesday’s vote that the panel did not have the information it needed to make a good decision and the committee was open to monitoring the PNM with details.

PNM officials called the vote baffling, saying that after months of litigation, the result created uncertainty about the regulatory environment in New Mexico and made the company’s transition to more renewable energy more difficult.

“We will need to carefully review the order dismissing the abandonment to determine next steps, including a possible appeal to the New Mexico Supreme Court,” she said in a statement.

Under the proposal, Navajo Transitional Energy Co., known as NTEC, would have taken over PNM’s stake in Four Corners, becoming the second largest owner of shares in the plant. PNM shareholders have reportedly paid NTEC $ 75 million to meet its obligations under a coal supply agreement.

By transferring his shares, PNM could have left Four Corners about seven years before his previously scheduled departure and would have been closer to meeting New Mexico’s renewable energy and emissions mandates. The law on energy transition requires that public services be carbon-free by 2045.

Located on tribal lands, the Four Corners factory has been a huge economic driver for the Navajo Nation for decades. The factory and the nearby mine that powers it provide hundreds of jobs for tribal members, and operations account for nearly a quarter of the Navajo Nation’s general fund annual revenue.

Navajo President Jonathan Nez and other tribal leaders have spoken out in favor of the PNM plan.

“As we determine how to make the transition to a post-coal economy, we continue to rely on these jobs and income for the foreseeable future,” Nez said. “It won’t be an easy task. “