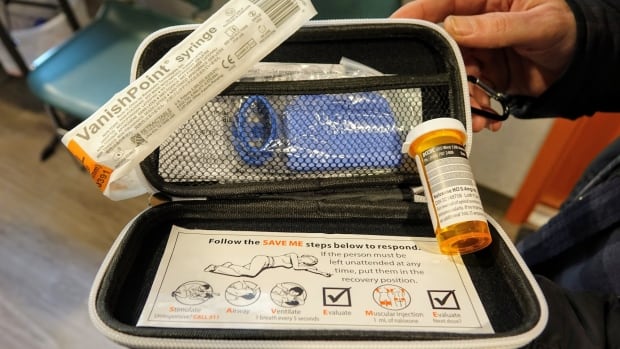 2021 has been a very busy year for an EMS service provider in Saskatoon.

The COVID-19 pandemic along with the opioid epidemic has added stress to the work of paramedics in the city, according to Troy Davies, director of public affairs for Medavie Western Health Services.

“There’s no playbook for this that we have that we can just pull off the shelf and say, okay, let’s do it.”

In 2021, Medavie, formerly MD Ambulance, celebrated 45 years of service to Saskatoon and the region.

In 2021, the service provider also handled record call volumes, record amounts of naloxone administration, constant changes in PPE requirements, mental health appeals as well as change-of-care issues. supply due to the pandemic, according to a press release from Medavie.

Last year, EMS staff administered 604 doses of naloxone to patients, a 31% increase from 2020, according to the healthcare delivery company.

“These are not robots,” Davies said.

“It’s up to the paramedic to bring them back to life. And a lot of times we don’t.”

On December 2, the Saskatchewan Coroners Service reported 56 confirmed drug toxicity deaths in Saskatoon for 2021, compared to 105 in Regina.

Overall, the data showed about 400 deaths in Saskatchewan that were under investigation in 2021 due to drug overdoses. Of these, 211 were confirmed fatal overdoses in the province.

“I don’t know how much better we are between last year and this year; there are good indications, ”said Jason Mercredi, general manager of Prairie Harm Reduction in Saskatoon earlier this month.

“You don’t want to celebrate too much because you still have a record number of deaths.”

Davies said the naloxone kits – also known as Narcan – which are available to the public in and around Saskatoon have been helpful to the service provider.

“There have been many calls that we have arrived at the places where Narcan has already been given,” he said.

“That number of 604 that we released is probably not even accurate as to how many patients actually received Narcan in the city.”

To cope with the increase in call volumes, the company added 24 additional paramedics to its fleet in 2021 as well as two 24-hour ambulances and a 12-hour ambulance.

Medavie has hired a full-time paramedic for the Saskatoon Tribal Council Health Bus, according to the company.

“We continue to work with key stakeholders in Saskatoon,” Davies said.

“At the end of the day it’s probably the busiest we’ve ever seen for our paramedics and the stress is extremely high due to the fact that we’re still stuck in this pandemic and there really isn’t any light at the end of the tunnel for now. “