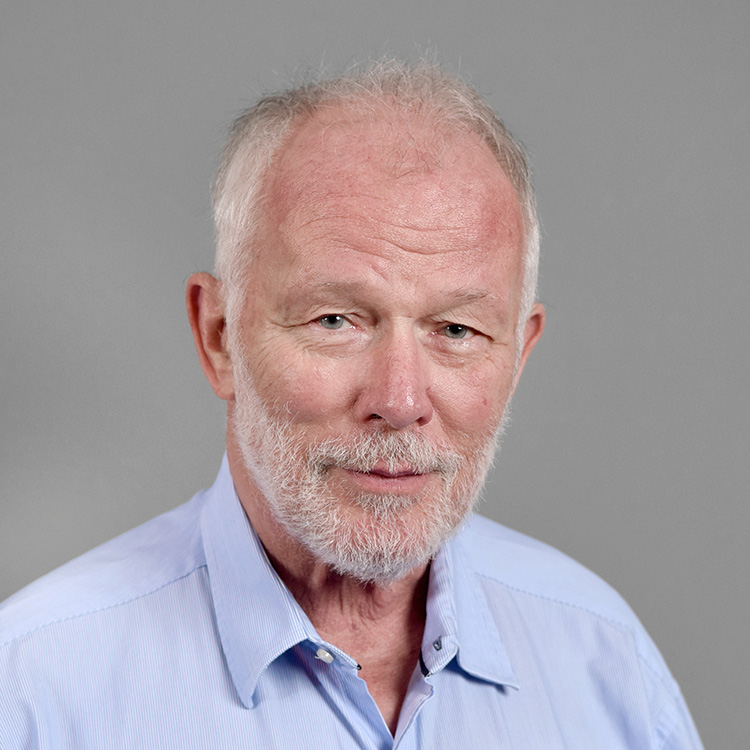 Sander van der Leeuw knew early on that he wanted to be an archaeologist. It was the influence of two high school teachers in his native Holland that attracted him to the field, including a history teacher fascinated by the subject.

“For a whole year he read us all kinds of archaeological adventure stories,” said van der Leeuw. “Because in the 1900s and 1800s archeology was a field of ‘adventure’.”

Sander Van der Leeuw is the author of over 200 peer-reviewed research articles and book chapters, and he is the author or co-author of 20 academic books. He was named the United Nations Environment Program’s Champion of the Earth for Science and Innovation in 2012.
Download the full image


This early interest will lead him to an academic career on both sides of the Atlantic Ocean and an opportunity to develop two transdisciplinary units at Arizona State University. Van der Leeuw, who was founding director of the School of Human Evolution and Social Change, dean of the School of sustainability and Foundation professor, is retiring this month after 18 years at university.

After high school, van der Leeuw spent a year in an exchange program at the University of Arizona. He took courses in Mayan archeology, southwest archeology, and anthropology, further developing his passion for the field. He returned to Europe the following year and found his studies very different, archeology being considered a form of art history.

“The fact that while I was in Tucson I had been confronted with American archeology meant that I had a very different attitude towards archeology than all of my colleagues in Holland,” a- he declared.

He changed direction to study history, obtaining the equivalent of a BA and then an ABD (anything but a thesis) in the discipline, developing specific expertise in medieval history. He then obtained a doctorate in prehistory at the University of Amsterdam.

Van der Leeuw quickly joined the ranks of faculty, lecturer and researcher at universities in the Netherlands, UK and France. He enjoyed his work immensely, eventually making the transition to university administration and then leadership in government research organizations. During this time, he began to aspire to more transdisciplinary approaches to research and higher education.

“When I asked to do something new in France, they always said ‘No’. And then when I went to my interview at ASU, people were like, “Yeah, let’s try. “It made a big difference to me,” he said. 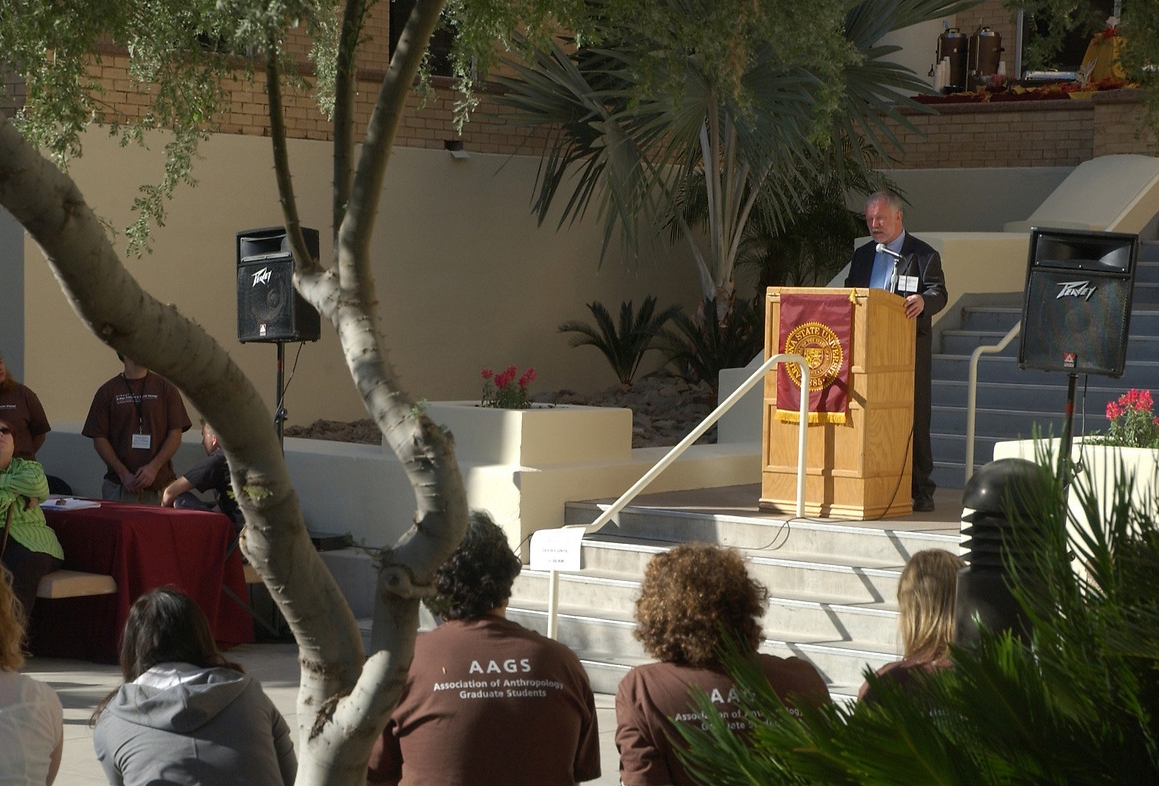 Van der Leeuw spent part of a sabbatical with the Anthropology Department of ASU in 2000 and was impressed by the spirit of cooperation he found there. Three years later, he learned from a faculty member that the department needed a new chair. Attracted by the collegiality among faculty and President Michael Crow’s vision for the university, van der Leeuw applied and won the post.

The new chair was tasked with transforming the department into something new – a transdisciplinary school, rooted in anthropology, driven by academic teamwork and spanning the whole of human history. It would be called the School of Human Evolution and Social Change, and it represented profound change.

During these early years, the new school focused on increasing its research productivity with the support of a staff member who helped write grant proposals.

“It showed the people in the department that there was no way that if one of them won something the others couldn’t get it,” he said. “They could all benefit from applying to new sources of transdisciplinary funding that promote joint work. “

During his first year at ASU, van der Leeuw also had the opportunity to bring 14 new faculty members into the school.

“Sander has had a huge impact at SHESC,” said President’s teacher Kaye Reed, former principal of the school. “Under his leadership, we actually became a school that encompassed more than anthropologists. One of the most significant contributions that faculty still discuss years later was their acquisition of funds which they used to propel interdisciplinary research with the Late Lessons in Early History program, which led to the obtaining numerous external research grants by faculty.

Van der Leeuw made this funding available to teachers who proposed transdisciplinary projects, creating a spirit of collaboration within the school.

While expanding its research program, the school has also grown to serve more learners with more curriculum. It began offering a Bachelor of Arts in Global Health in 2007, bringing together experts in the discipline who were previously located across the university. The program continues to grow, with a Master of Science in Global Health launched last fall.

“Sander is an extraordinary scholar and intellectual with the unusual ability to foresee future scientific directions before they emerge and become mainstream,” said Foundation professor Curtis Marean, who has worked at the university since 2001. As an example, Sander predicted the emergence of quantitative social sciences and in particular the computational modeling of behavior, and positioned SHESC through several hires to become a world leader in this research.

With the successful launch and growth of the School of Human Evolution and Social Change, university leaders chose van der Leeuw as the Dean of the School of Sustainability in 2010. He was involved in the initial discussions about the program upon his arrival at the KNEW. He also drew on previous experience leading a project, funded by the European Union, which explored the role of human decision-making regarding their environment.

“I was really fascinated by this possibility of combining the natural sciences and the life sciences with the social sciences – with anthropology and other fields,” said van der Leeuw.

He headed the School of Sustainability for three years.

“Sander embodies a true scholar of planetary systems, having grown from his disciplinary foundation in archeology to the fields of sustainability and complex systems, shaping them along the way,” said Peter Schlosser, vice president and vice president of the Julie Ann Wrigley Laboratory of Global Futures. “Sander’s recognition as Champion of the Earth reflects this evolution and the admiration for his commitment to research and education around the world. ASU has been extremely fortunate to have him lead our programs for the past 18 years.

Major contributions to the study of complex adaptive systems

As an academic, van der Leeuw pioneered what has become the Complex Adaptive Systems (CAS) approach for socio-environmental research. As he describes, CAS explores the emergence of novelty over time. Rather than looking at something in the present and trying to identify its origins in the past, the CAS approach starts from the past and tracks its evolution over time.

After leading the School of Sustainability, he remained at ASU to help lead CAS initiatives. KNEW School of Complex Adaptive Systems later emerged from this work, carried out in partnership with other experts in complex adaptive systems at the university.

Van der Leeuw cites two major contributions as a researcher. Early in his career he developed a new method of inspecting ceramics – “the food of archeology”. He worked with a potter to help reconstruct the technology of pottery from traces on the pots. He later used the complex adaptive systems approach on the Long Term Project in Europe, which was linked to his earlier research.

“From my work with technology, I have gained a very special insight into the relationship between people and their environment,” said van der Leeuw. “Because in ceramics, the potter works with clay, with water, with geology, with fire and things like that. “

Rather than focusing on the end products of this process, he chose to examine the dynamics between people and these materials.

Van der Leeuw has authored over 200 peer-reviewed research articles and book chapters, and is the author or co-author of 20 academic books. He was named the United Nations Environment Program’s Champion of the Earth for Science and Innovation in 2012.

“Sander was one of the few university administrators I have known in my career to be not only a good administrative leader, but also an intellectual and scientific leader,” said Professor Michael E. Smith.

Van der Leeuw will continue his research as professor emeritus at ASU while spending his retirement in France. He wants to explore why, despite a wealth of knowledge about the climate system and what needs to be done to create sustainability, society is not taking more action.

He is troubled by how information technology, especially social media, is fragmenting society and making sustainability difficult.

“This is a very, very important problem that, one way or another, our societies will have to face,” he said.

Van der Leeuw also considers that many of today’s challenges are linked to the colonial period, which he says created gaps between people and “standardized” much of thought in the world. He sees anthropologists, and in particular the School of Human Evolution and Social Change, playing a key role in helping to create understanding.

“We need a lot more cultural diversity,” said van der Leeuw. “We need Westerners to actually experience and familiarize themselves with what they are experiencing in the developing world. It is only by sharing these experiences that we can finally build a discussion that will fill in some of the gaps. ”