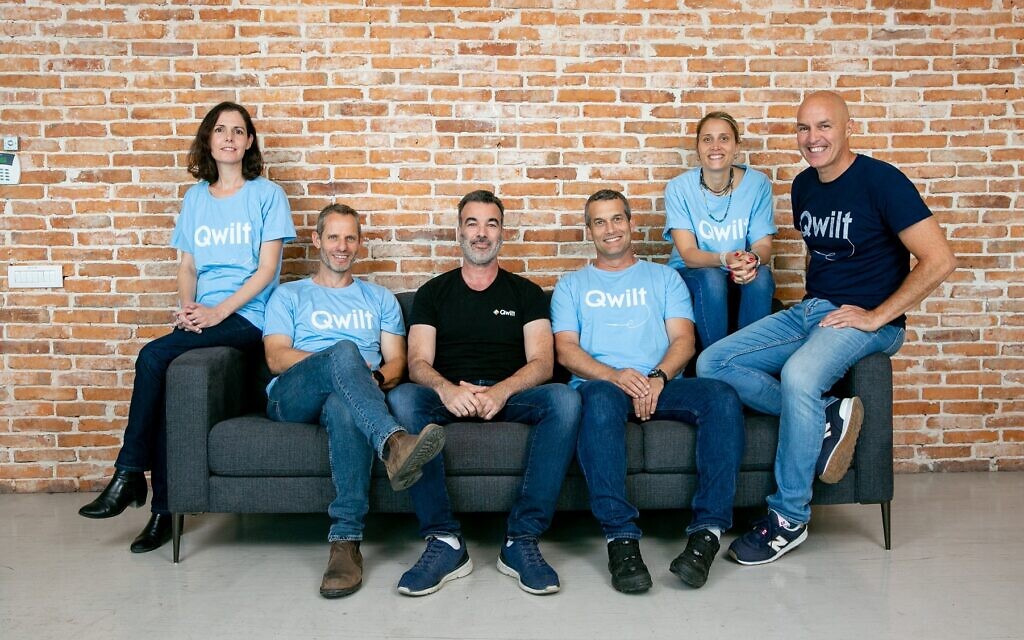 Cisco Systems Inc., a U.S. maker of networking software and hardware, led a $ 70 million investment in Israeli streaming software company Qwilt at a valuation of $ 800 million, the company said on Wednesday.

Qwilt said the Series E funds will help fuel the company’s ambitions to build one of the world’s largest and most successful content delivery networks (CDNs) with global service providers. CDNs are a group of geographically distributed servers that work together to provide fast content delivery.

Founded in 2010, Qwilt has built what it calls an Open Edge Cloud solution, running on a standard compute and storage infrastructure, which supports applications such as Open Caching, 4K Live Streaming, AR, VR, and IoT. These solutions help deliver high-quality streaming experiences to consumers on a large scale, the company said, and meet the huge demand for streaming video.

Qwilt has been working with Cisco since last year to offer a new service based on Open Caching, with BT, the UK’s leading telecommunications and networking provider, as its flagship customer.

Open Caching “federates the content delivery infrastructure deployed deep within service provider networks, into a global CDN with open APIs for content publishers” and “is designed to help service providers easily deploy a edge CDN footprint, giving them more control over content flows, ”the company noted in 2020 when the partnership was first announced.

By registering, you accept the conditions

Qwilt said it is also working with major cable, telecommunications and mobile service providers to improve their streaming quality offerings.

“This investment signals an inflection point for Qwilt and Cisco to expand our shared vision to help service providers use advanced computing to deliver digital content experiences from their own networks,” said Alon Maor, co-founder and CEO of Qwilt. “We are ready to step up our efforts by recruiting new talent, intensifying our marketing efforts and putting R&D into action for large-scale growth. “

“Streaming is the primary goal for most service providers to generate revenue today, and Cisco is making this investment to demonstrate our commitment to helping customers monetize their edge cloud infrastructure with a solution that improves quality. of service and reliability, ”said Jonathan Davidson, vice president and general manager of Cisco’s large-scale infrastructure group.

“We’re seeing great momentum with customers around the world who believe in the powerful combination of Qwilt and Cisco to take them to the next level with an innovative content delivery platform for streaming and on-demand services, from new applications and more, ”he added. .

Earlier this year, Cisco announced the acquisition of Israeli-based Sedona Systems, a manufacturer of communications technology. The deal was Cisco’s 16th acquisition in Israel, according to Oren Sagi, chief executive of Cisco Israel. In 2020, he acquired Tel Aviv-based startup Portshift, a maker of application security solutions.

The American firm has R&D centers in Caesarea, Netanya and Tel Aviv.

Are you serious. We appreciate this!

We are really glad you read X Times of Israel Articles in the past month.

That’s why we come to work every day – to provide discerning readers like you with must-see coverage of Israel and the Jewish world.

So now we have a request. Unlike other media, we have not set up a paywall. But since the journalism we do is expensive, we invite readers for whom The Times of Israel has become important to help support our work by joining The Times of Israel community.

For as little as $ 6 per month, you can help support our quality journalism while benefiting from The Times of Israel WITHOUT ADVERTISING, as well as access to exclusive content reserved for members of the Times of Israel community.

Already a member? Log in to no longer see this